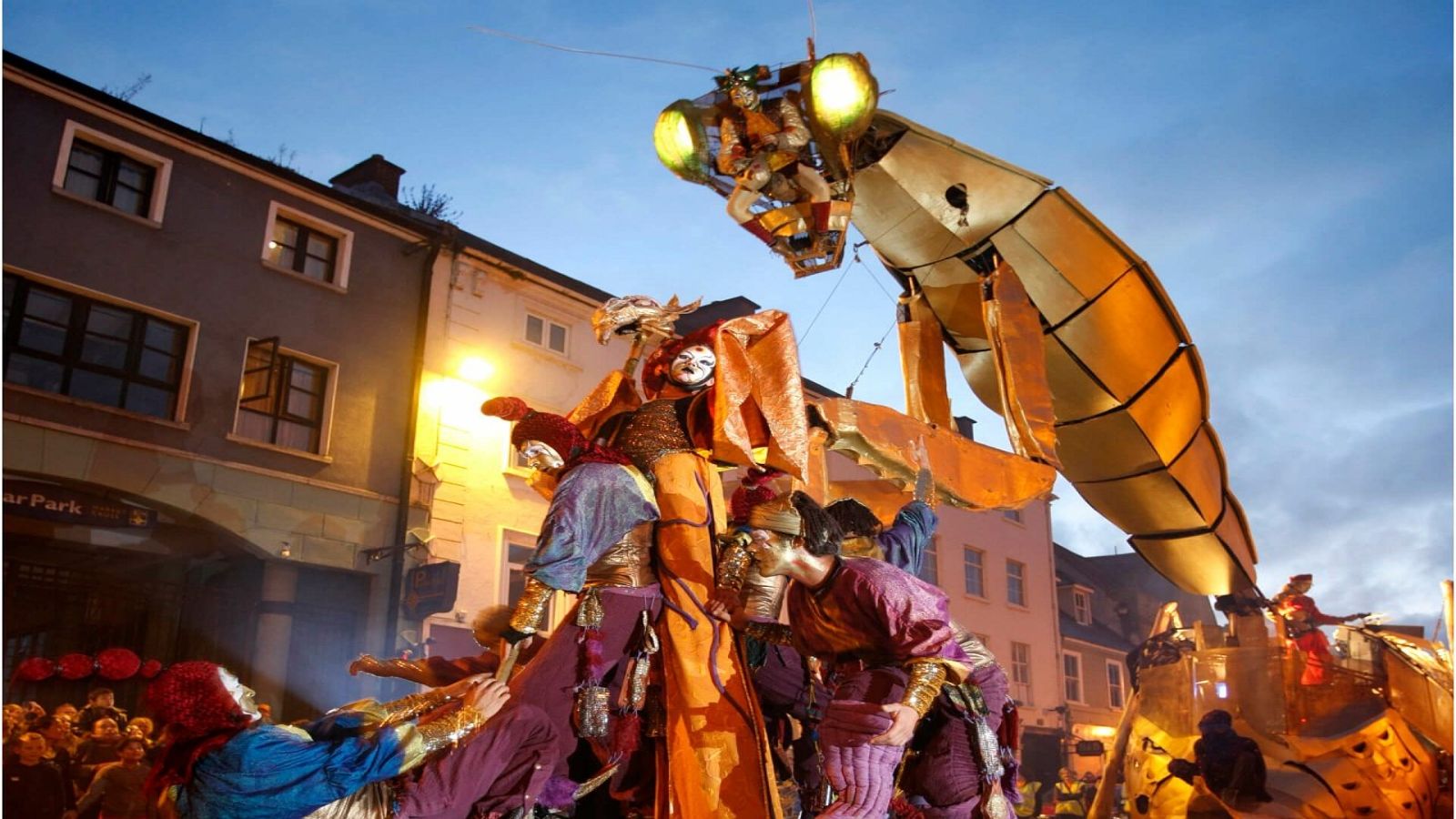 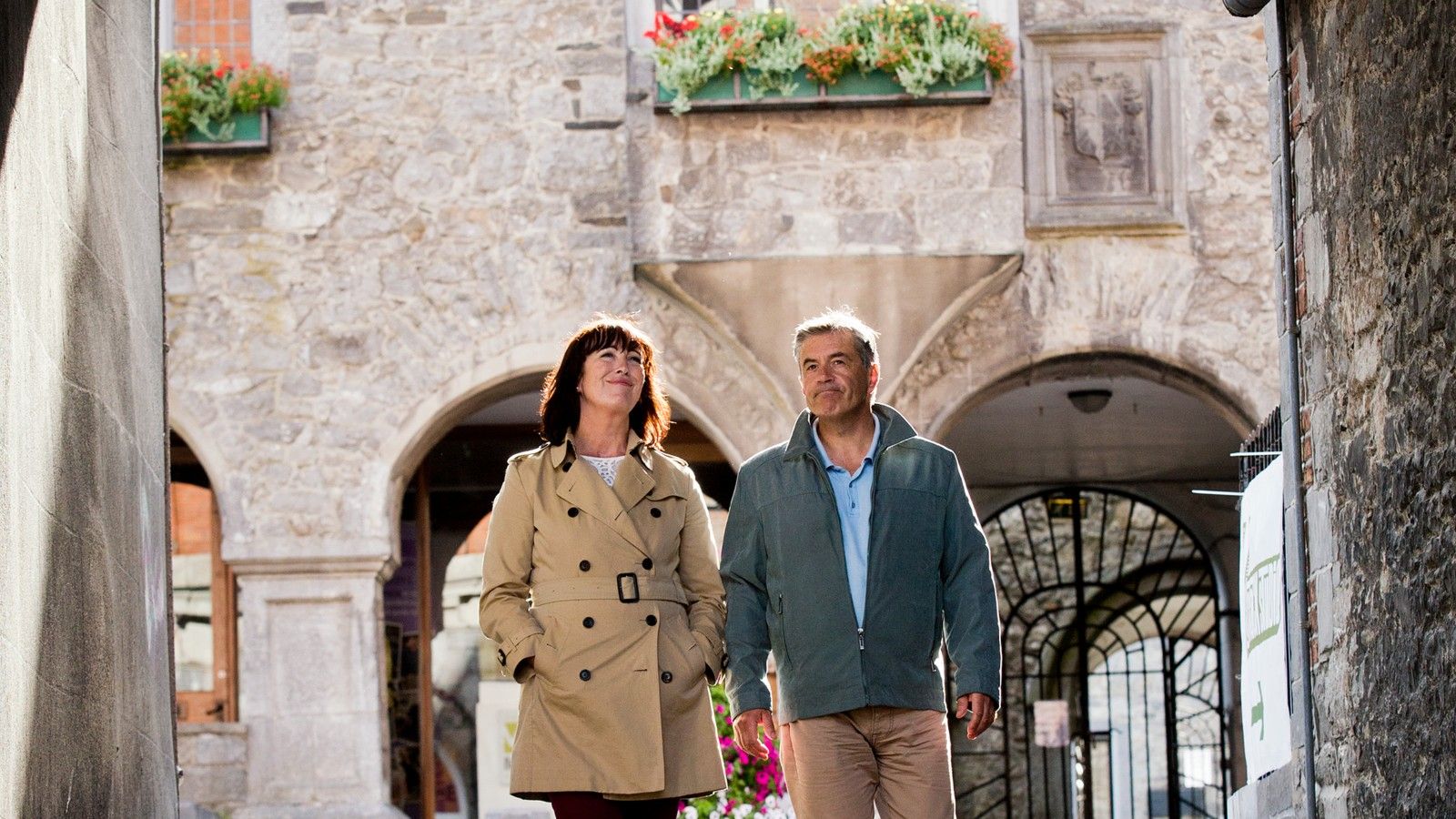 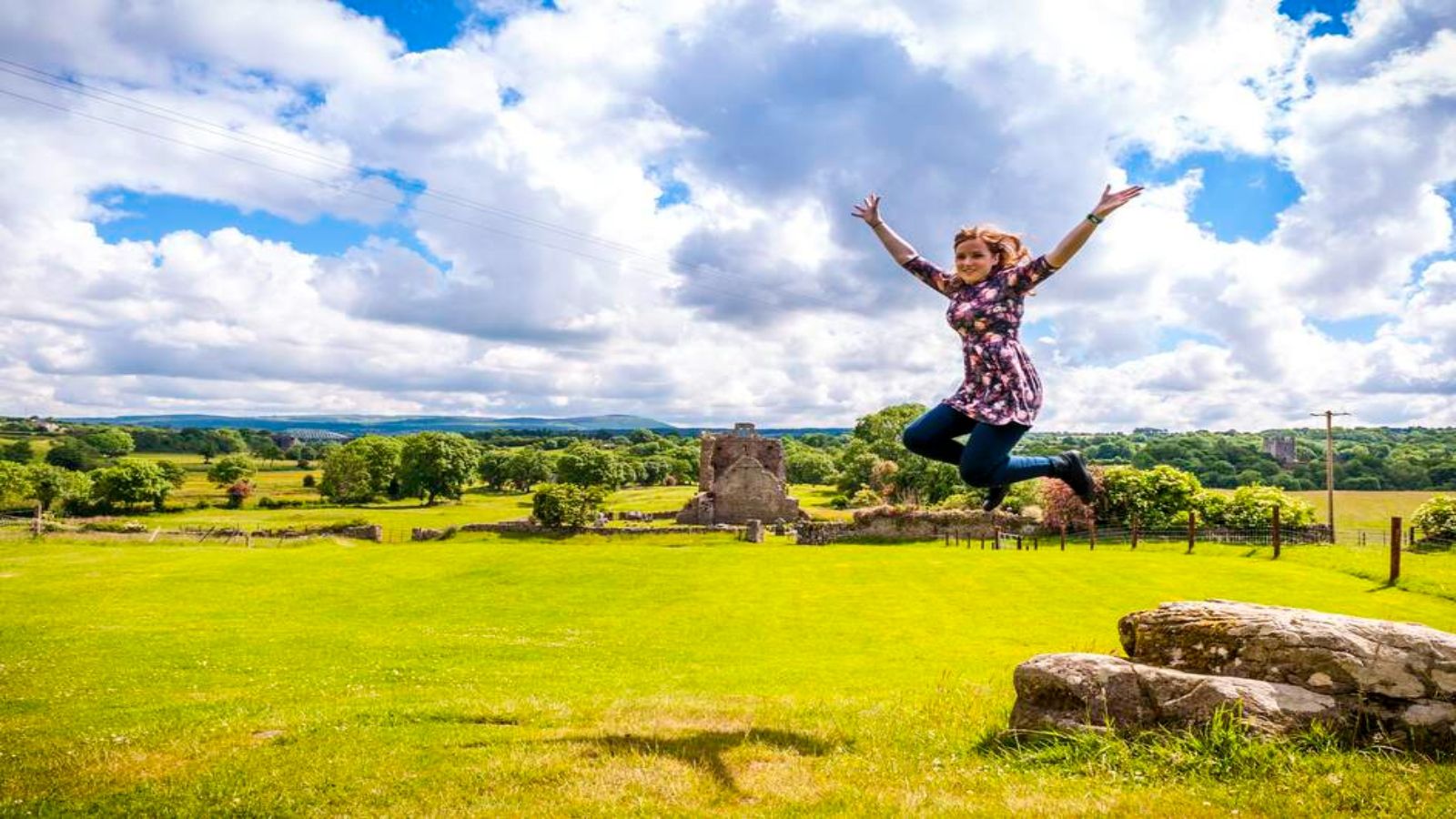 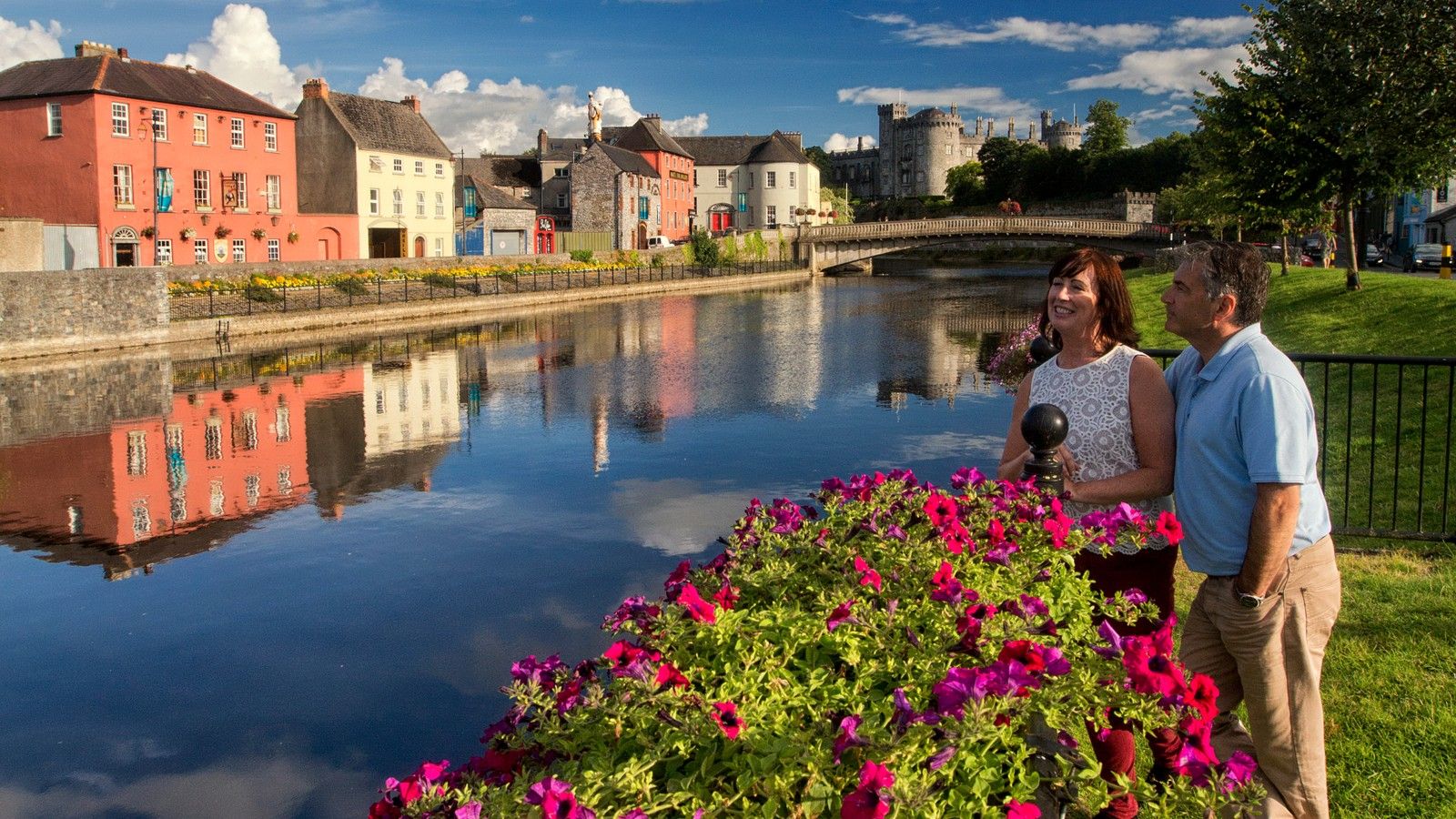 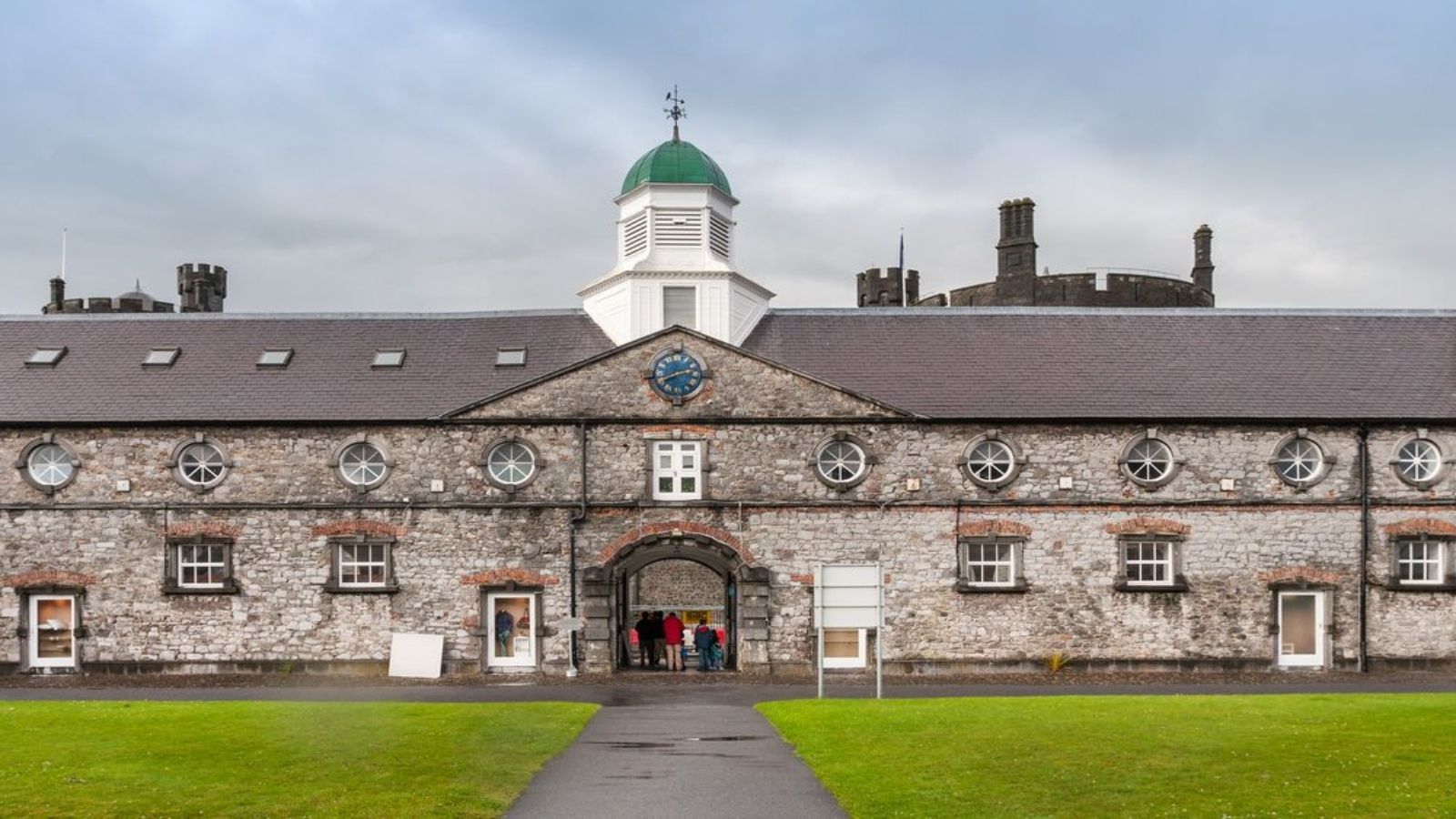 The Home of Fun In Ireland

Kilkenny is home to some of the best and quirkiest festivals in the world. Every year, we play host to a large number of world-famous festivals and internationally acclaimed events like. The Kilkenny Arts Festival and the Cat Laughs Comedy Festival. With something to suit every sensibility, these fantastic occasions occur nearly every month throughout the year. Being located right in the middle of the city centre makes The Club House Hotel Kilkenny an ideal location to base yourself, if you’re lucky enough to be attending any of them.

The largest rubber boot race in the world sees hundreds of wellie-booted runners, in all sorts of attire, slipping, sliding and stumbling over a 6.4km circuit in what is surely the world’s greatest way to celebrate New Year’s Day.

Kilkenny's world-famous traditional Irish music festival is the epicentre of the celebrations surrounding St. Patrick’s Day. The festival offers an incredible mix of live music performances from some of the country’s most influential and acclaimed musicians, as well as a series of workshops, masterclasses and parades. It’s a four-day feast of both traditional and folk music, song and dance with concerts from Ireland’s top musicians, free open air music, family activities, céilís and much more in and around Kilkenny City.

This truly one of a kind event has now become an international institution, having attracted some of the finest names in the Americana/Folk-Roots movement since its establishment in 1998. Wind your way through 30+ venues and sample a huge range of music from 40 Irish and international acts, with over 90 ticketed and free shows throughout Kilkenny’s medieval streets. From swing to bluegrass, rockabilly to folk, blues and beyond, the programme features a mixture of old and new, to cater to all tastes.

Kilkenny’s Cat Laughs Comedy Festival boasts a long legacy of world-class comedic talent. One of the best ways to kick start summer, each year’s line-up features the very best of Irish and international talent. This event has become an internationally-acclaimed festival filled to the brim with rib-tickling jokes and outstanding wit.

Nominated twice for ‘Best Festival’ in the Irish Times Ticket Awards, this unique annual festival offers a range of activities including arts and craft exhibitions, a playground and a food and craft fair. However, the highlight of the festival is of course the All-Ireland Scarecrow Championship. During this fierce but entertaining show of skill, hundreds of scarecrows from the four corners of Ireland compete to win a share of the €3,000 prize fund.

One of the leading festivals in Ireland, The Kilkenny Arts Festival is celebrated for its effortless blend of tradition and innovation. It’s also filled with an electrifying range of events, staged in some of the country’s most beautiful venues. Since its foundation in 1974, Kilkenny Arts Festival has gathered many of the world’s finest musicians, performers, writers and artists in Ireland’s medieval city. For ten days each August, the city’s historic churches, castle, courtyards, townhouses and gardens offer a magical setting for unique collaborations and intimate encounters between audiences and artists.

Savour Kilkenny Food Festival is the ultimate celebration of food. With a programme that embraces artisan producers and restaurateurs to food agencies and food farmers, it’s a food haven that features mouth-watering culinary delights and tempting food stalls, celebrity chef appearances and demonstrations, workshops, competitions and unique dining events. If you enjoy discovering new brands, new foods and new ways of cooking, this is one culinary scene really worth savouring.

Kilkenomics is Europe’s first festival of economics and comedy. If you’re a TED Talks fan, this will be right up your alley. The festival brings together notable economists, financial analysts, media commentators and some of the world’s funniest and sharpest stand-up comedians, to create informal yet entertaining formats, designed to engage and inform. The festival even features its own currency known as ‘the marble’.

For movie lovers and cinemagoers, Kilkenny’s Subtitle Spotlight European Film Festival is Ireland’s only film festival of popular subtitled European films. The festival features a fantastic line-up of filmmakers, casting directors, actors, and movies that have never been screened theatrically in Ireland. From the provocative and smart to the funny and accessible, the Subtitle Film Festival brings together a feast of films bursting with talent, which will leave you seeing the big screen in a whole new light.

Yulefest is one of Ireland’s brightest Christmas festivals, featuring a jam packed schedule of events, attractions and entertainment in culture, art and all things festive. Stroll down Kilkenny’s medieval streets, sipping hot chocolates and mulled wine whilst soaking in the lights and atmosphere. Or partake in one of the many active outdoor pursuits, like ice-staking and a lights show, before being entertained by various cultural and arts performances.

Why Book With Us?

Book Your Stay
Why Book With Us?